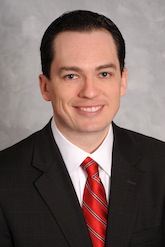 William J. Devin III, the founder and managing partner of The Devin Law Firm, P.A., graduated from the University of North Carolina at Chapel Hill with a degree in Journalism and Mass Communications. Devin then obtained his juris doctorate degree from the University of Miami School of Law in Florida. Prior to college, Devin grew up in Durham, NC graduating from Northern Durham High School as valedictorian and president of his class.

Devin has successfully tried numerous cases to a jury verdict on behalf of individuals resulting from personal injury. In addition to those cases that had to be resolved through litigation, Devin has been able to settle the majority of his client's cases pre-suit through negotiations or after a lawsuit was filed through court, requiring procedures such as arbitration or mediation.

Before forming The Devin Law Firm, P.A., Devin was a trial attorney with Price Smith in Charlotte, NC where he perfected his trial skills handling personal injury cases throughout North Carolina, from Asheville to Wilmington.

During law school Devin was an intern for the Honorable Eleanor L. Schockett, Circuit Judge for the Eleventh District of Florida as well as U.S. Federal Magistrate Judge William C. Turnoff, for the Southern District of Florida. Devin also was selected for the third-year clinical practice program at the Charlotte District Attorney's office, 26th Judicial District.  During this time at the Charlotte District Attorney's Office, Devin tried and prosecuted numerous cases on behalf of the State of North Carolina.

Contact Us
Practice Areas
Client Reviews
★★★★★
Devin Law Firm always provided the answers to my questions and the guidance I needed during the 2 years we worked together. I never felt like they didn’t have my best interest in mind. I’m glad I had their direction because I don’t know where I’d have been without their team. Connie S.
★★★★★
My husband and I had a great experience with the Devin Law Firm. Mr. Devin handled our worker's comp case with expertise. He and his staff were professional, but easy to talk with! Great experience!!! Brianav V.
★★★★★
The lawyer William J. Devin, III is an excellent lawyer, very professional and ethical, always willing to seek the best for his clients; I am very pleased that he is interested in his Hispanic clients because he does everything possible to learn Spanish so that he can speak directly with us for our comfort. Griselda R.
★★★★★
Mr Devin was able to get the results I wanted. His experience and willingness to go the extra mile, and not be bullied by adjusters or 3rd party reps is what really stood out to me, and I'm glad I had his firm by my side during the process. Glenn
★★★★★
I would highly recommend The Devin Law Firm to my family and friends or anyone in need of legal assistance. They treated me with the outmost respect, kept me informed throughout the process and remained very professional at all times. They worked diligently and relentlessly in my case to achieve the best possible outcome. Thank you! Nayda M.
View More
Submit a Law Firm Client Review